Hydrographic soundings, also called surveys, are three-dimensional measurements (x, y, z) that allow the topography of the seabed and the bottom of rivers to be mapped. To execute these depth measurements, acoustic measuring systems such as "single beam" and "multibeam" devices are used. The measurements can then be processed into depth charts, difference maps, volume determinations, and cross sections. The method of survey and data processing that is used depends on the purpose of the measurement and the requirements of the end user. The depth charts and sea maps of Flemish Hydrography are used to ensure safe navigation, to calculate and control hydraulic infrastructure works, to control dredging, etc. These surveys are executed at sea, on the Scheldt, on the Flemish part of the channel Ghent-Terneuzen, and in the four coastal ports. The acquired data is converted into paper and electronic depth charts. 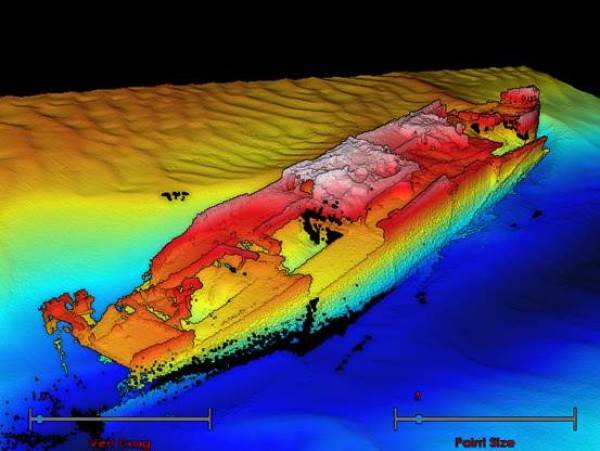 In the Belgian part of the North Sea, there are many wrecks and obstacles. Wrecks are a particularly special attraction. For fishermen, these are often interesting areas where a good catch can be expected. For divers, wrecks provide a unique under water experience. 'Under water" archaeologists research the wrecks to gain a better idea of life and customs at the time on board these shipwrecks from the distant past.

Wrecks and obstacles may hinder shipping. The task of the Flemish Hydrography is to determine the correct location of these wrecks and to measure their exact depth above the seabed. By using specialised acoustic equipment, such as a side scan sonar or a multibeam, even the smallest part of the wrecks can be mapped. The bigger the difference in absorption of the acoustic signals between the object and its surroundings, the better the obtained image. This results in spectacular images. 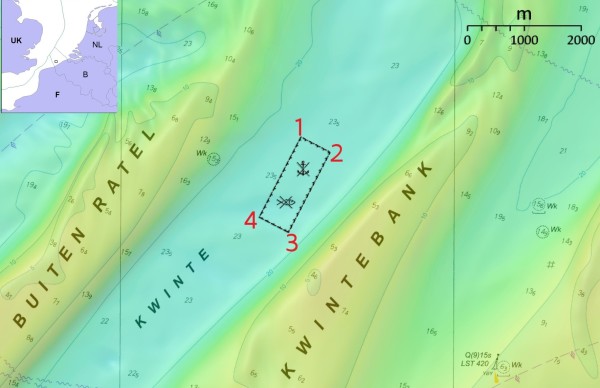 Hydrographic measurements are nowadays mostly carried out using multibeam echosounders (MBES) which scan the seabed with multiple sound waves. These acoustic signals reflect on the seabed and the echoes are captured by the echosounder, making it possible to chart the sea floor with a high level of detail.

The measurements need correction for ship movement and use high resolution GNSS (Global Navigation Satellite System), assigning to each measured point x and y coordinate. By measuring the time between transmitting and receiving the acoustic signal, the vertical distance (z coordinate) can be deduced. These result in depth of the seabed and are called bathymetric measurements.

Professional sea farers, stay informed and subscribe to our newsletter 'Notices to mariners', which will be sent every fortnight.